Todd Ridenour's goal is to keep the structures sturdy, inexpensive and easy to assemble in hopes of distributing them to the masses.

While Todd Ridenour was lying in a hospital bed nearly two years ago, recovering from the worst injury of his life, his mind was mulling over a big problem: how to house the world’s homeless.
The Santa Barbara County contractor had been working in Ensenada, Mexico, with a Westmont College group called Potter’s Clay, which includes construction among its ministries. Ridenour was working on the roof of a church under construction when he was shocked by an overhanging power line. The incident nearly took his life, and after 22 days in the hospital and seven surgeries, Ridenour had open wounds on his head for about eight months. But while his body struggled to repair itself in the Grossman Burn Center in West Hills, Ridenour’s mind was at work. He said he began recalling the vast needs of the people living in Mexico, and how many people lack shelter.

“As you go into Mexico, and into Ensenada, you drive by and see all these shanties,” Ridenour said. “I started to wonder, ‘What could I do for the poorest of the poor?’” Many people didn’t need much, just basic shelter to keep them safe and out of the elements, and Ridenour’s project-oriented mind began to construct a product that he hopes will be able to house the homeless on a grand scale.

Talking inside the vast Goleta warehouse he has been using for the past three months to build the structures, Ridenour explains his creation, which sits just a few feet away. At 12 feet by 12 feet, and made mostly of corrugated steel, it looks more like a storage shed than an American-type home. But its simplicity is the point, and Ridenour’s goal is that people in need will be able to construct the building with minimal tools.

“It’s not a really nice house,” he said. “Basically, you and I would consider it a chicken coop.”
But that’s just the beginning to get people out of the elements. Right now, it has only one window and one door, but the structure eventually could include electrical, plumbing and heating features. “It can be finished out like a real house,” he said, adding that other ideas include developing a thin insulation blanket for the structure to trap warmth.

“Everything we think about expands the package,” he said.

One could even put structures together to make a larger home, at 12 feet by 24 feet, which then could be used for a medical clinic or a mess hall. The wooden floor of the structure actually comes from the packaging, so nothing is wasted. But resisting the temptation to begin with a more complicated — and thus more expensive — design is crucial.

The pieces fit into a small container, so hundreds of the structures easily could be shipped to a place such as Haiti at a relatively minimal cost.

Ridenour is quick to acknowledge that many people have taken on the idea, but he said that ones he has seen are either too expensive or too bulky, with designs ranging from $1,900 to $4,000.

“There are 1.4 billion people who are houseless. This is an idea to serve the masses. It’s something decent.” On the other end of the price scale are tents, which are much cheaper but will rot and don’t do well to protect women and families.

Ridenour is looking for engineers and carpenter types to help refine the idea — “people to help us figure out where to take this and how to do it,” and make it something that could be produced on a mass scale.
“The challenge is a home in a very small kit,” he said.

When he’s not working on projects with his company, Todd Construction, Ridenour and his brother, Jeff, spend time on the homes. While Ridenour would like to see the homes go to places such as Haiti, he said he’s concerned about distribution, and making sure the homes wouldn’t become a casualty of government corruption, and end up sitting on a dock someplace instead of being used by the homeless.


“I would love to see it go to Haiti. I would love to get women in safe buildings so that they’re not physically harmed,” he said. “But wherever these go, we want to find people on the ground who can help us manage the magistrates.”

Finding a way to help people pay for their homes if they choose to stay after a disaster also may be crucial to stability. Whether through sweat equity or charging pennies on the dollar for the homes, Ridenour is open to ideas. He said he’s pushing to finish the project, and then wants to entertain talks with international groups that might be interested. He would like to at least put up one of the structures at next year’s Potter’s Clay to see how it works. The need is massive throughout the world, a fact that weighs heavily on him.

“I think America could do a lot more,” Ridenour said. “If I could get some private businesses behind it and begin working with government agencies down there and getting around the bribes, I think we could make it work.”

But if the prototype in the warehouse is the only one he builds, he said that at least he’s raising awareness to the vast needs of the world. “I, at least, want this building to ask you what you can do,” he said.

“At minimum, I really hope that this would at least raise awareness with us over here, where we’re all comfortable.” 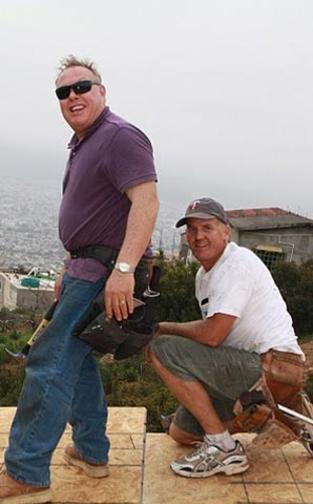 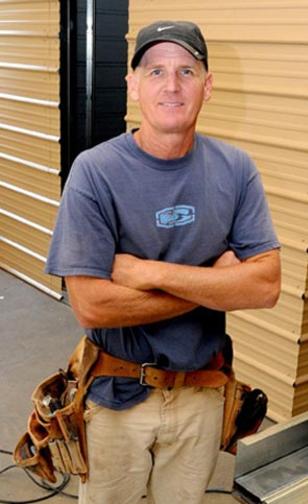 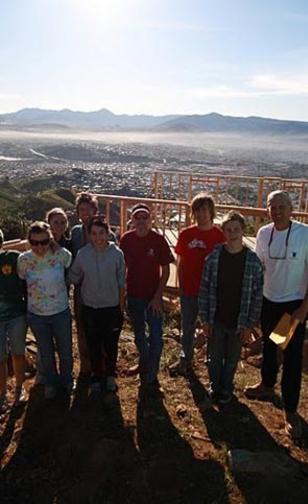 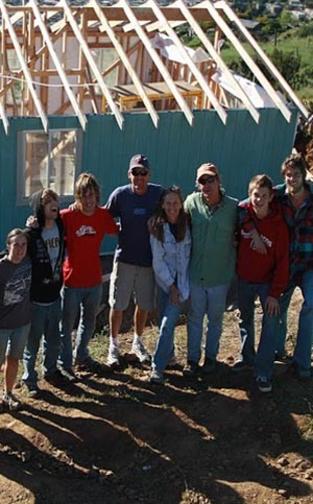